Well the first of the lasts have started….last week the boyz had their last home cross country race. There was also a soccer game that day so Casey opted to go to the game for fear of letting his team down. Seamus felt strongly about participating in his  senior race so he went to that, and Brendan chose to race this year and not play soccer (after 13 yrs of playing!) so of course he also raced. 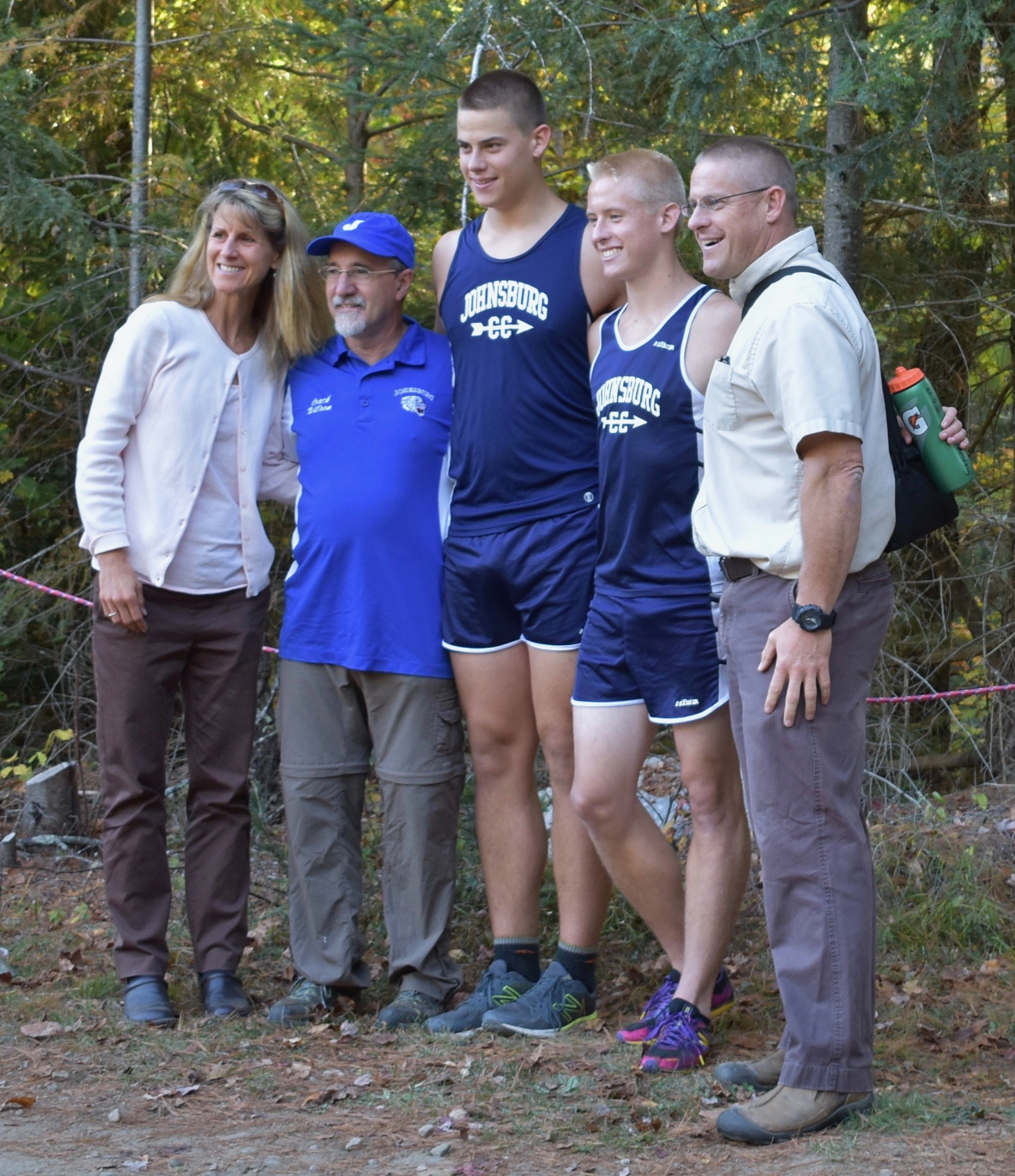 Seamus and Brendan running their fastest!

It was a big week in that Tuesday was the senior race followed up on Friday with the senior soccer game.. 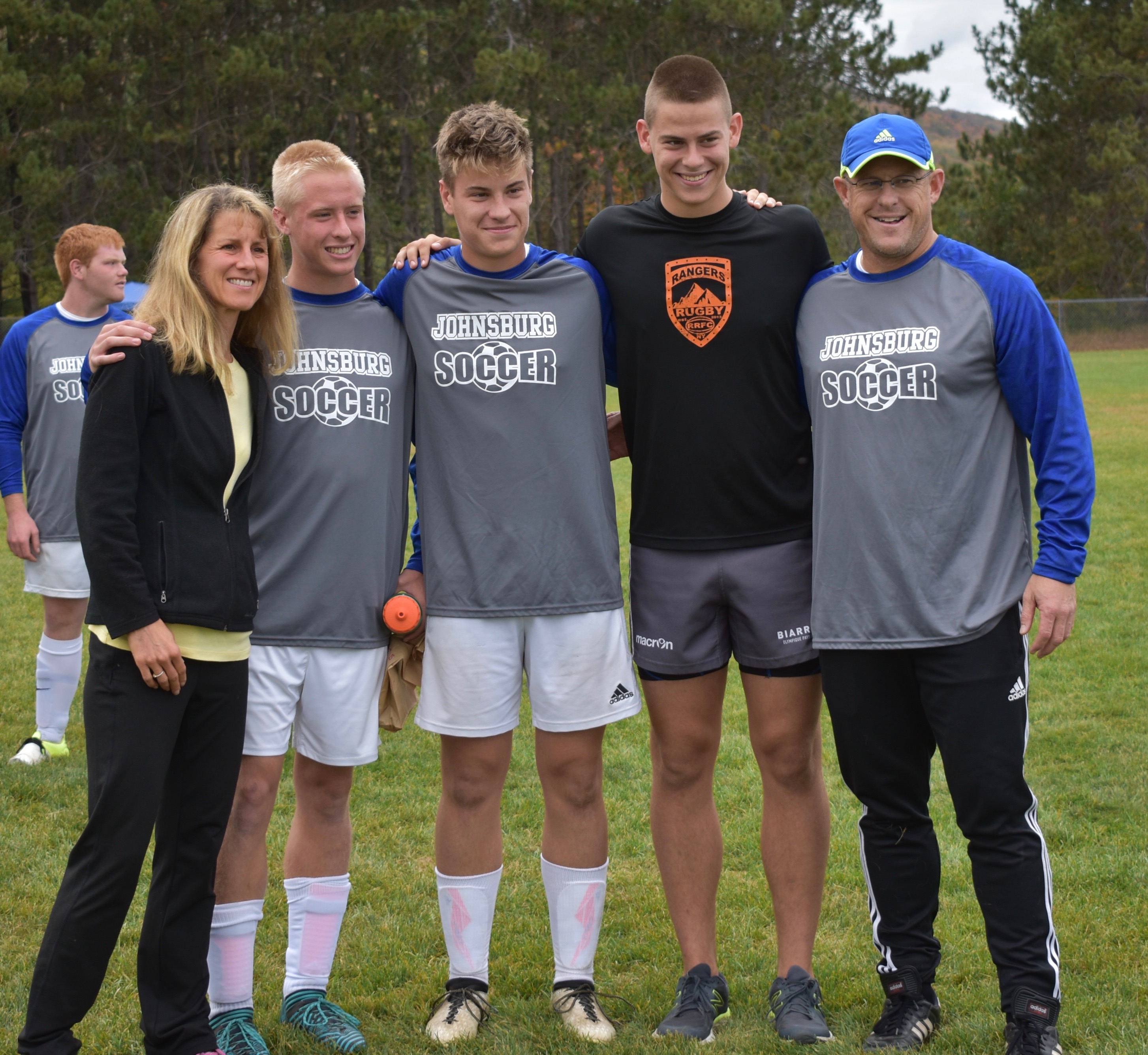 The whole team, the 5 of us and all of the seniors with their families

My mom came up to watch the game and support the boyz. I felt teary for sure and it was a tough game against the hardest team in the league. That, topped by the fact that it was their 4th game of the week and it was a staff day so no students were around to watch the game . The girls team would have been the ones to rive in to watch it but they had an away game so could not be there. The boyz were disappointed about all of those factors – but they played hard and have had a great run with JCS soccer. Coach Randy has been good to the boyz and helped make it an enjoyable season.

I have felt sad to not be able to watch Brendan play this year. To watch all 3 of them for the past 13 years and then have the last year where they are the oldest, more confident, and really having a fun season, it is hard (for me) for Bear not to be part of that.  It is what he chose though and he is happy with his choice so I know it is best. Just one of the many times when our kids need to do what they feel is right  – even if it would not be our first choice for them.

So congrats boyz on a great Fall sports season – which is still in full swing with a game today, Friday and a race on Saturday! Whoo hoo!