We were blessed to have a family reunion on September 30th – hosted by our very generous aunt and uncle – Linda and Don.  Sadly it was the one dreary, chilly day in the midst of a 2 week span of sunshine and warmth! But we had fun anyway and SO enjoyed seeing so many people who are dear to us but no longer near to us 🙁

I grew up going out to ‘the lake’. My grandparents bought a house on Warner’s Lake in 1941, when my mom was 4, my aunt Carol was 5 and my aunt Linda was not even here yet.    When my mom and aunts had families of their own, my grandparents bought the house across the road, lovingly called ‘the annex’ so that we could all stay for the summer in our growing numbers.  I have so many  wonderful memories of that place – having my own room on the first floor with animal themed curtains – (all the boys stayed on the second floor in a ‘dorm style’ room), playing cards on the cool chairs with connecting table, mom bringing sandwiches down so we could eat lunch on the deck by the water, walking to ‘the grove’ and buying several treats for 25cents, swimming after dinner and feeling warmer in the water than out…..the list goes on.  The summer I was born I was brought there from the hospital and we lived there all summer.  We did this each summer for several years until the older boys started working a lot and had to stay in the city during the week – we then sold the annex and started going to visit our grandparents during the weekend days.  My grandparents lived to be 95 and 100 so we were blessed to have them – and this phenomenal space – for many, many years. They would often comment on how blessed they were to have all of their family there, to have each other, to have such a wonderful space to be together. I never really got it – the way you never really ‘get ‘ things until you no longer have them. It was all I knew and I loved it but I did not realize how special it was. It kept us all so close – seeing my aunts and cousins each weekend was just natural. I love them beyond words and seeing them always feels like home.

Tom, Steve Brendan and Casey in the small but memory filled kitchen

watching the action from the dock

The girls plus Connor 🙂

Maura and Becky snuggle with Andrew’s jacket to stay warm

LInda and ?(Harper or Maddie?)

Still able to blow out the candles at 80!

Avery and Adelyn- and Kiera 🙂 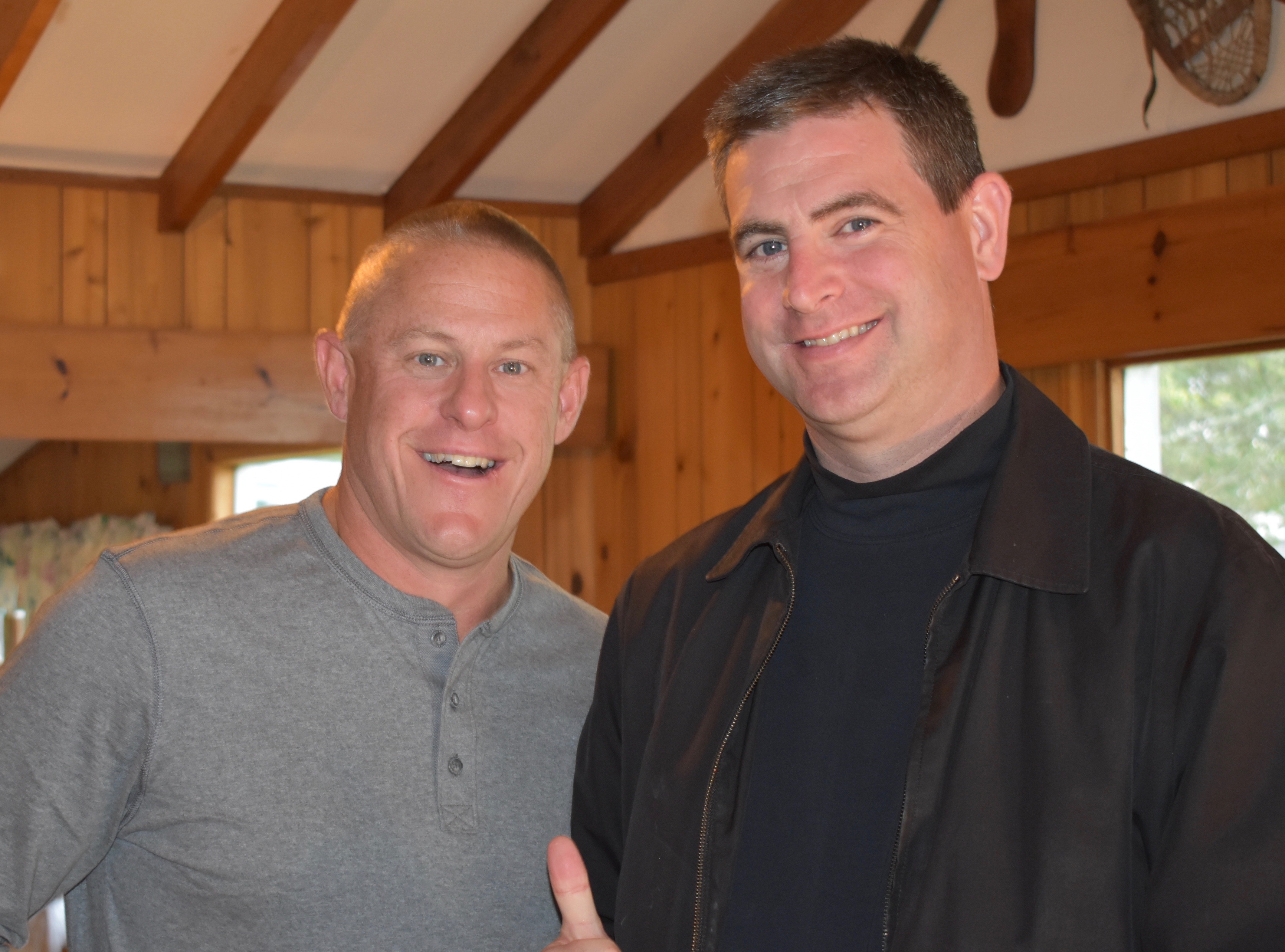 Johnny and Steve- Steve rarely looks short except when around people like Johnny and Bear! 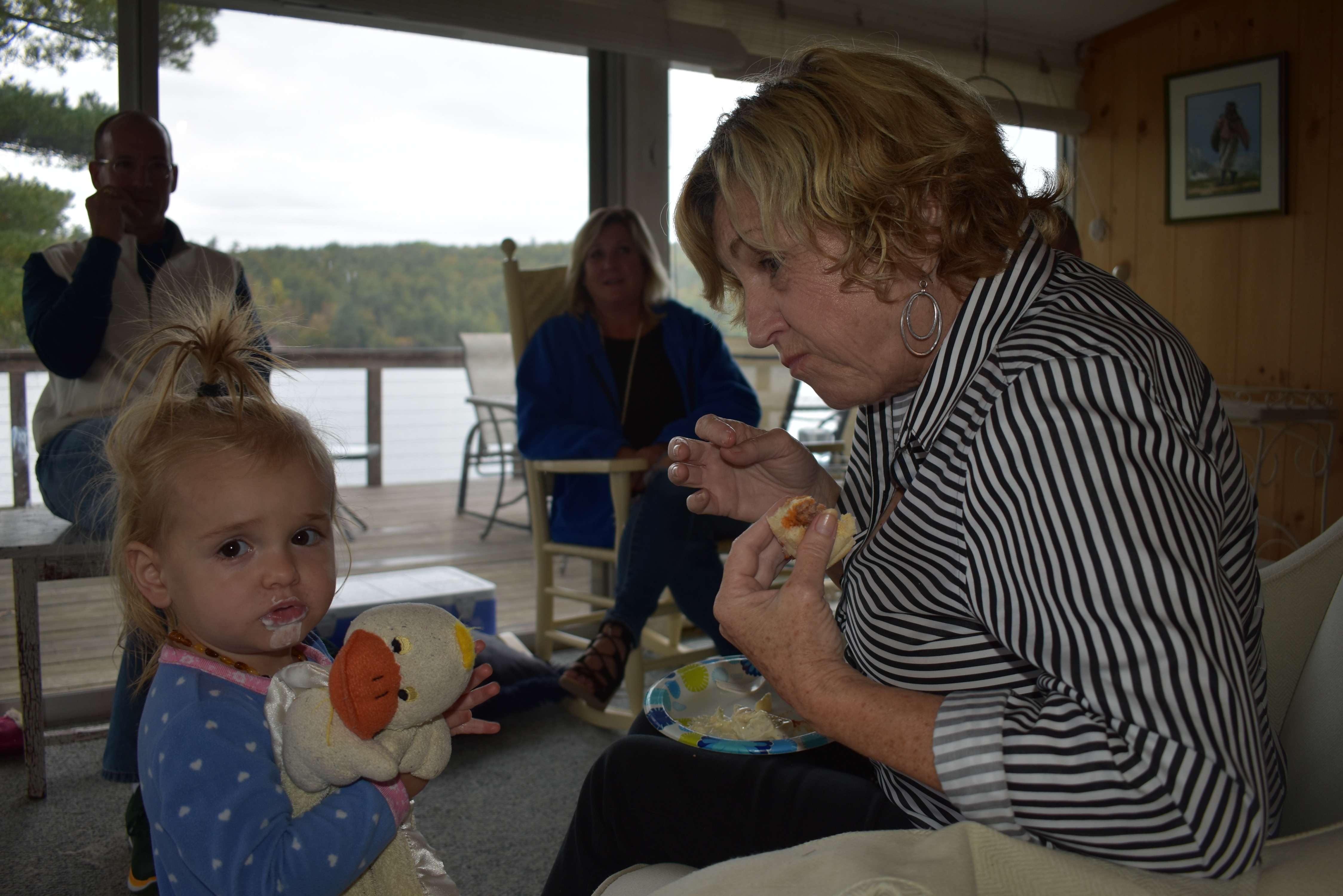 Linda and ?(Harper or Maddie?)

Just to show we were outside at least a little bit…. 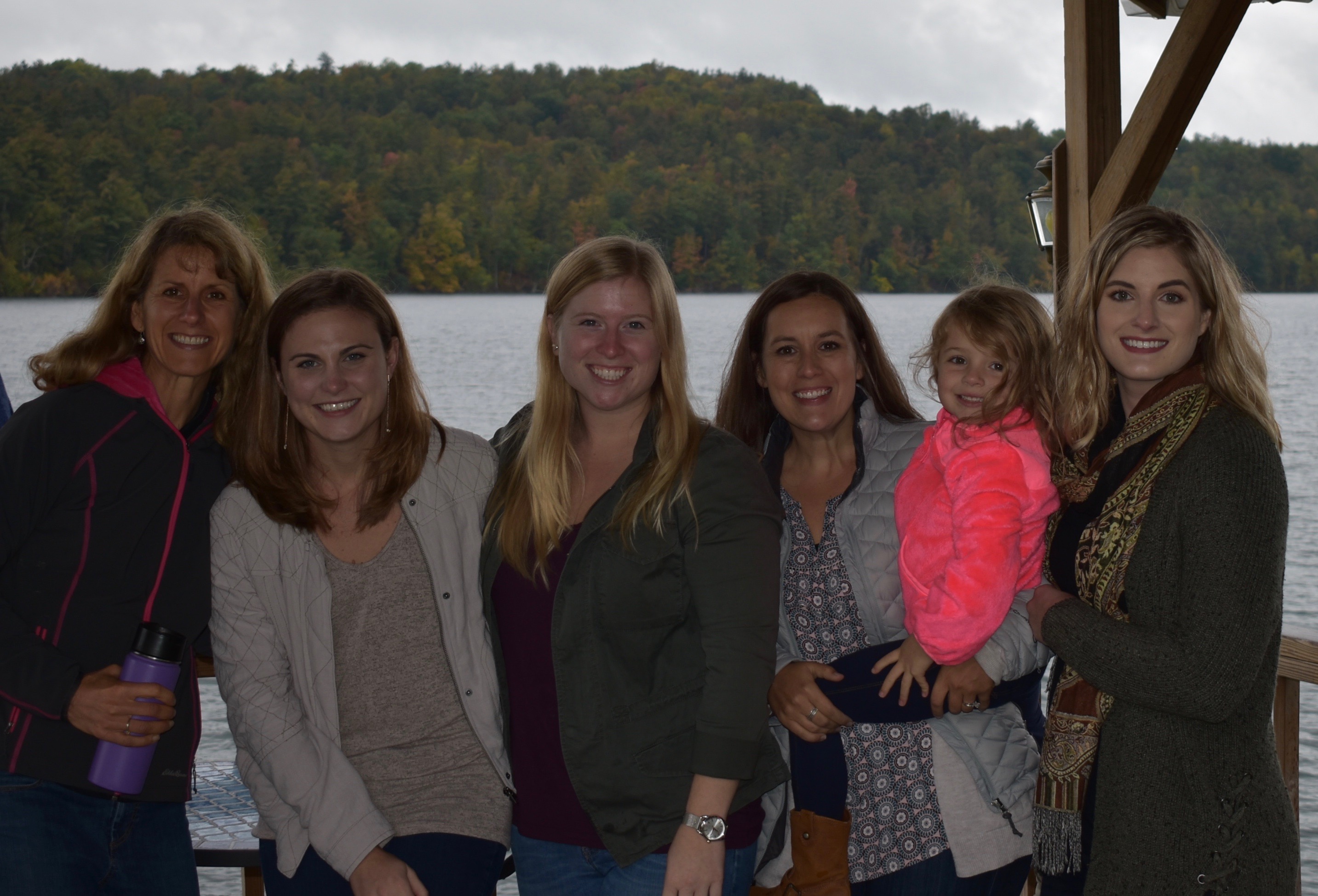 The girls plus Connor 🙂 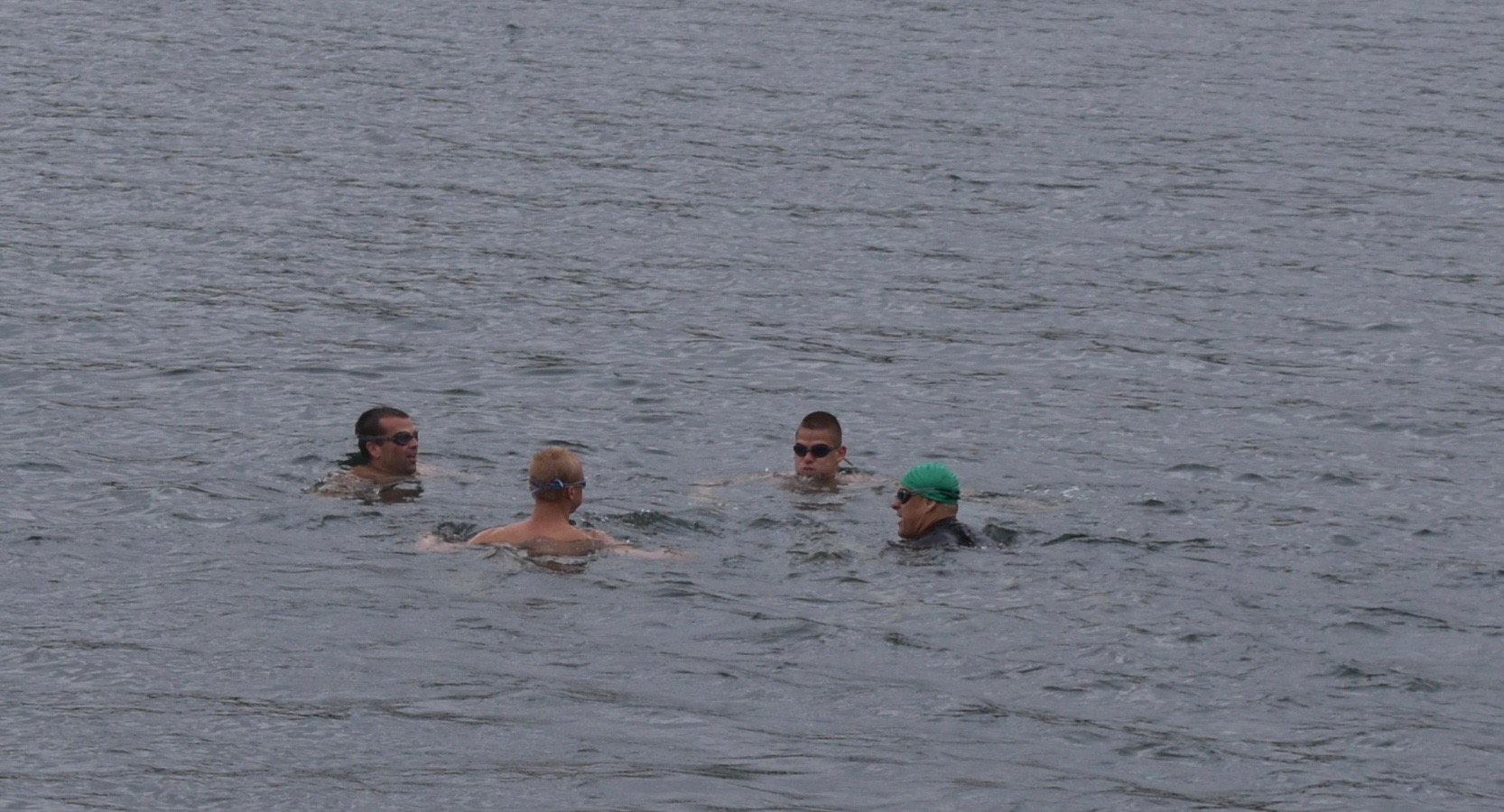 watching the action from the dock

Maura and Becky snuggle with Andrew’s jacket to stay warm 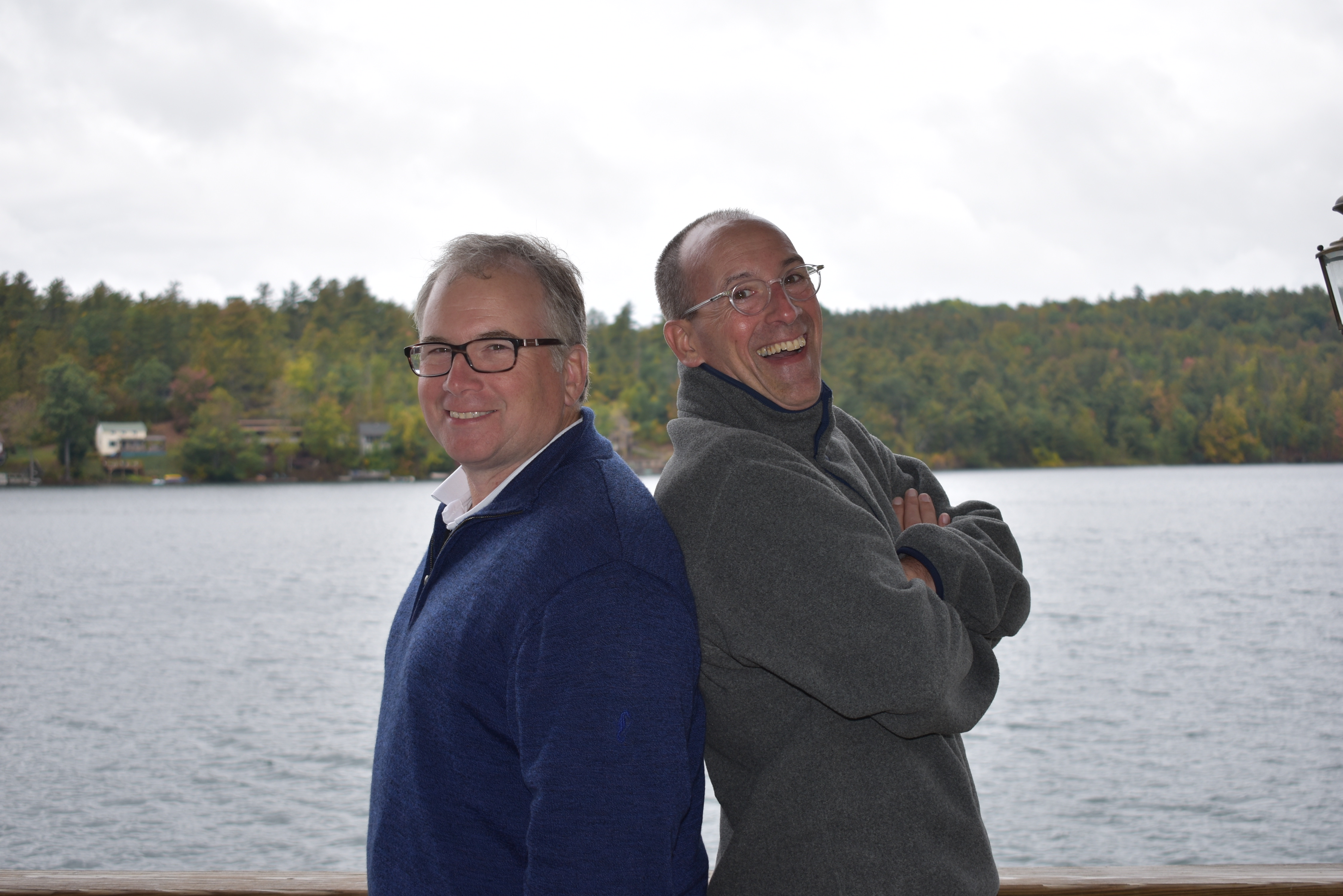 Still able to blow out the candles at 80!

Sadly, because it was more of an inside day than out, I did not get too many photos and especially did not get one of Linda and Don which I feel quite sad about.The day was filled with much fun….swimming for Steve, Andrew, Seamus and Brendan – the crazies in the group!, lots of visiting and chatting and seeing all the littles -my niece Erin’s (and Tim’s) children, Adelyn, Connor; my cousin Kevin’s (and Julia’s) children, Avery, Harper and Maddie (twins – one had one ponytail and one had 2 pigtails so we could tell them apart – I am now forgetting which was which but think Harper was the one ponytail girl!),  Erin taking senior pictures of our guys and a couple family shots (though I regretfully did not think to ask her to take a photo of just Steve and I – major oversight on my part as it was the day before our anniversary)- and a hair crisis when my brother pointed out how frizzy my hair was (thank you thick out of control hair in humid weather- and thank you brother for always being there to point out such things ;)…but my hair team came to the rescue (thank you Maura, Becky, Erin and Kate)…whew – much better family photo after that!  Lots of good food, laughter and an 80th belated birthday celebration for my mom!!! So despite the lack of outdoor games due to weather and missing some family members who could not make it,  we had an amazing day.

So a huge shout out to Linda and Don for so generously hosting a wonderful party – catered by Tom who has been catering our reunions (not yearly – somewhat sporadically) for many many years….and to Rick , Steve and Cathie who now own the camp, for offering this special place to us.

Perfectionism and Parenting Applications, Road Tests and an LOA…Oh My!
Scroll to top